As of only a few years ago, you could sign up for a new credit card as often as you wanted to, just to receive the sign-up bonuses. People who make a hobby out of earning points and miles call this trick credit card churning. But, the banks got wise to it and (obviously) do not like it.

Now, most major banks have some type of restrictions in place to prevent customers from signing up for new cards to perpetually earn the sign-up bonuses.

Chase, one of the largest issuers of reward credit cards, has imposed an unwritten restriction that has become known as 5/24 or the Chase 5/24 rule.

Chase will not approve new credit card accounts to applicants who have opened more than five new credit card within the last 24 months. It doesn’t matter if these accounts have been opened with Chase or with another card issuer, they will still count each towards the five credit card limit.

In fact, just becoming an authorized user on another person’s credit card account will still be counted towards the five allowable new accounts.

And once you are over the limit, there’s almost nothing that you can do to be approved for a new account from Chase.

When 5/24 was first implemented, credit card rewards enthusiasts soon discovered several ways to circumvent these restrictions. First, it was found that those with a Chase Private Client relationship seemed immune from the rule, but even that loophole was later closed.

However, there are still some effective ways to be approved for new Chase cards when you have had more than five new credit accounts open in the last 24 months. First, there are several Chase cards that don’t appear to be subject to the 5/24 rule. These include:

Also, if you receive a targeted offer from Chase, it may not be subject to the 5/24 rule. For example, you can be pre-approved in the branch for some offers, or you could receive an offer in the mail with a RSVP code.

Finally, the easiest, and most logical way to deal with the 5/24 is to simply comply with it; that is, avoid having more than five personal credit card accounts opened in the last 24 months. For example, when you open a business credit card, these accounts may not appear on your credit report and if so, will not be counted towards the 5/24 limit. The same is often true for store cards, which can be labeled differently on your credit report. 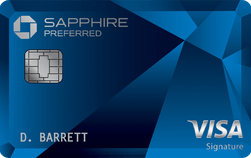 And, if you simply must have a different credit card than the one you already have, then you could try requesting a product change from an existing card, rather than making a new application. While you will enjoy the rewards and benefits of the new card, you’ll retain your old card’s account information and it won’t appear as a new account on your statement. Just remember that you won’t qualify for any sign-up bonus or promotional financing offers as only new accounts are eligible.

Despite the fact that 5/24 was never officially announced and isn’t really documented anywhere, it’s been around long enough for everyone to realize that it’s not going away. Yet Chase is such a large credit card issuer that you will probably want to use at least some of their products to maximize the rewards that you’re earning. If you are under the 5/24 limit, it would be smart to apply for the Chase cards that you need first before applying for others that aren’t subject to the 5/24 limit.

And, if you’re new to the hobby of earning credit card rewards, you’ll want to start with some of their most valuable cards first. If you don’t know your credit score, check out our Credit Score Estimator to get a better indication of which cards you might be approved for.

Chase’s 5/24 rule states that they will not approve new credit card accounts to applicants who have opened more than five new credit card within the last 24 months. There are ways to deal with this rule, including most simply by complying with it, while still getting access to some of the best credit cards on the market.

By carefully considering Chase’s restrictions, and utilizing all of the available exceptions, you can ensure that you are approved for the Chase cards you need.